Thou Shall Not Speak Out Against Hillsong

I'm sure a number of you are dying to know this question (that is, what happend at the Hillsong Conference). So this is a follow up blog and in this entry I want to make it very clear that I have carefully considered what to write about, so not bigot or accuse Hillsong in anyway. First and foremost I want to also make it clear that the very reason why Sola Church and Adelaide Street Church had attended the Hillsong Conference in Sydney, Australia was motivated largely by love in order to give the gospel.

On Thursday and Friday night, the 4th and the 5th of July 2013, Sola Church had partnered with Adelaide Street Church to warn people who were attending the Hillsong Conference of heretical teachers such as T.D. Jakes and Joel Osteen. These men are largely motivated in sharing a false gospel, a gospel that promotes "your best life now." My friends and I were openly sharing the gospel, warning people not to associate themselves with heretical teachers. We had experienced hostile behaviour, many people were throwing rocks at us, we had property stolen and one friend of mine was punched in the face.

I was extremely confused, much as confused as anyone who is reading this blog entry. I was confused largely because these people actually believe themselves to be Christians and it wasn't until we found the source of the problem (that is, the "easy believism" gospel) that we started to understand why so many of these Hillsong members were acting with hostility. But this was not half the problem, we also witnessed adult youth leaders who were encouraging this violent behaviour and even laughing when one of the sisters who was with us had their handbag stolen.

In Matthew 7:15 it says: Beware of false prophets who come to you in sheep’s clothing but inwardly are ravaging wolves. For anyone to recognise a wolf or a false teacher, they must use discernment, they must make a judgment in accordance with God's holy word. We were told a number of times that we were being 'judgmental', which is true, we were being judgmental. However, in Matthew 7:1 Jesus calls us not to judge hypocritically, and later in the same chapter in verse 16 it says "you shall know them by their fruit."

So for us as Christians it is good to judge and to make a judgment so that we know that the word of God is being preached with accuracy and out of love. As Christians, we don't want to see God's word miss contexualised or for anyone using the word eisegetically (that is to use a text of scripture and introduce ones own presupposition onto it). So for anyone who partners with Hillsong in someway or another my my final note is for you. Please use discernment and go to the scriptures to test what is being said and who Hillsong associate themselves with. I don't hate the people of Hillsong at all! In fact none of my brothers and sisters hate anyone from Hillsong. We love them enough to share the gospel with them and we collectively grieve knowing that so many confessing Christians are being mislead by a false gospel. It is my prayer that many would come to know the true saving gospel, the gospel that the Apostle Paul says he's unashamed of in Romans 1:16.
Posted by Unknown at 16:53 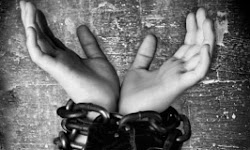